Home » Business » You are reading »

Beyond Monetary Value: Why Startups Should Turn to Venture Capital 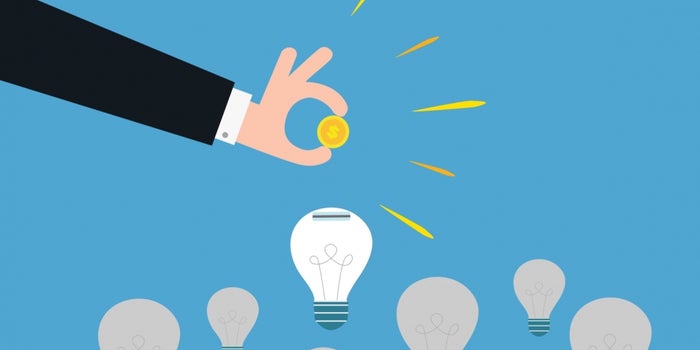 Perhaps you’ve had a great business idea, or have successfully started a business in the past; chances are you have already considered the implications of turning a ‘good idea’ into a successful startup company.

Upon careful planning, research and preparation; you’ve probably realised that you’re going to need some assistance. Whether that be financial, technical, training or management assistance and may have even scoured the web in search of the best backing and support.

Most startups will first and foremost, demand financial backing. Seed money from the likes of bank loans or angel investors can fund early development of ideas into actionable enterprise. Paying for office spaces, hiring a team, funding production and marketing; are all elements of a startup that require cash injections to lift operations off the ground.

Likewise, profitable businesses in early stages of development that are demonstrating high growth may wish to expand. As such, they will seek out an investor who can provide the necessary cash boost to fund expansion operations.

Expansion strategies are often complex and call for capital, as well as a host of expert business knowledge, assessment of risk and opportunity, strong marketing and a deep understanding of the new market. A popular source of capital that far surpasses monetary value alone, is Venture Capital (VC).

What is Venture Capital?

Venture capitalists provide funds to startup companies and small businesses that show promise and growth potential. Cash funding typically comes from wealthy investors, investment banks and financial institutions. Capital is provided as equity capital when the financer accepts the risk to invest in young promising companies, in hope that it will become successful.

Indeed, it’s a popular source of capital within industries that require substantial initial capital investment- like information technology. A successful IT startup is likely to yield high returns; making them highly appealing opportunities for venture capitalists.

A startup may pursue venture capital investment, but they stay for the extra helping hand. The value of Venture Capital goes beyond cash funding and extends to somewhat invaluable investment gain.

The latter half of the previous decade indicates a clear monetary incline in the annual funding of VC compared to that of crowdfunding and angel investment. But what else makes venture capital such an appealing finance avenue for businesses?

Why Should Startup Businesses Turn to Venture Capital?

Besides the cash, VC can provide business owners with many other financial, managerial, communications and safety tools. But before we explore these elements, it should be noted that perhaps VC isn’t for every young business and should be approached with caution.

Ultimately, when a startup accepts money from a VC, it should be understood that VC firms are expecting a return on that investment. AS such, they need to have a plan in place for exiting. This is typically an acquisition or preparing for an IPO. If a business owner plans to run the startup forever- venture capital is not the way to go.

Central to the Venture Capital model of investment is the level of involvement VC’s play in their pursuits. This is especially valid if they have been invested in the startup since its early days and provided seed money. After all, their investment return depends on the success of the startup, so they are likely to have meaningful and strategic inputs.

The degree to which a Venture Capitalist is involved in the decision making processes and management strategies is widely down to the business owners discretion. However, having a VC with years of industry experience, knowledge and connections is priceless and is often warmly welcomed by business owners.

VCs typically want to stay as close to and as involved in their investments as possible. Since any decision that’s made will ultimately impact their returns in the long run; they may request board involvement in return for investment.

Board involvement of a VC can be critical to the success of startups who have little or no business experience. The VC is likely to be up to date with industry news and external affairs that may have direct implications on executive board decisions.

The mere backing of VCs in startup companies has a direct impact on its ability to make sales. In fact, it has been found that startups that are supported by the European Investment Fund- backed Venture Capital, generate 19% higher revenue in year one of the initial investment, and up to 97% higher in year 5- compared to unbacked companies (EIF).

VCs will have a stake in the startup company they invest in. For many, this can be disagreeable. However, it’s important to appreciate the value received for the share lost and compare it with other forms of financing.

For example, private equity firms generally buy 100% ownership of companies in which they invest. The aim is to buy, improve and sell it for a profit.

With this in mind, VCs will never buy more than 49% equity of a startup company. In the early days of the investment project, it tends to be closer to the 49%. Yet, VCs are typically mindful of the stake they leave with the entrepreneurs, in part, to keep them motivated.

Venture capital can help to signal the quality of the startup and enables them to secure further debt financing in the future. It’s essentially evidence that checks and measures have been carried out against a startup and it possesses the required elements to be profitable.

Venture debt is typically provided to startups that have successfully completed several rounds of venture capital fundraisings. It doesn’t require collateral (because startups tend to own fewer substantial assets) but, rather, venture debt companies are compensated with the company’s warrants which allow them to purchase the company’s stock at a given price in the future.

It has been found that VC-backed startups borrow more, even though they are relatively less collateralised than those that aren’t. Despite having potentially lower levels of tangible assets, it is, in fact, the Venture Capital backing itself that appears to be an asset for future debt financing.

One of the most appealing advantages of working with venture capital firms is that if a startup fails- which they often do – the business owner is under no obligation to pay back the investment sum. Unlike a loan, there are no agreements of repayment.

Venture capitalists are confident in their business and institutional knowledge. Meaning, if you are lucky enough to secure yourself a venture capitalist, you can be assured that your startup is in good hands.

All in all, venture capitalists can provide the capital needed to take your startup to the next level. This is under the provision a startup can demonstrate its high growth potential and profitability. Once this is done, the VCs will be as personally invested in the startup as their cash. They’ll provide financial security, expert knowledge, connections and device to ensure the success of their portfolio and your business.

https://www.area19delegate.org/beyond-monetary-value-why-startups-should-turn-to-venture-capital/Daglar CizmeciBusiness
Perhaps you’ve had a great business idea, or have successfully started a business in the past; chances are you have already considered the implications of turning a ‘good idea’ into a successful startup company. Upon careful planning, research and preparation; you’ve probably realised that you’re going to need some assistance....
Daglar CizmeciDaglar Cizmeci[email protected]ContributorMy name is Daglar Cizmeci, and I’m a serial investor, founder and CEO with over 20 years’ industry experience in emerging tech, aviation, logistics and finance. I’ve graduated from the Wharton School and Massachusetts Institute of Technology (MIT). Chairman at ACT Airlines, myTechnic and Mesmerise VR. CEO at Red Carpet Capital and Eastern Harmony. Co-Founder of Marsfields, ARQ and Repeat App.Area19Delegate

View all posts by Daglar Cizmeci →
My name is Daglar Cizmeci, and I’m a serial investor, founder and CEO with over 20 years’ industry experience in emerging tech, aviation, logistics and finance. I’ve graduated from the Wharton School and Massachusetts Institute of Technology (MIT). Chairman at ACT Airlines, myTechnic and Mesmerise VR. CEO at Red Carpet Capital and Eastern Harmony. Co-Founder of Marsfields, ARQ and Repeat App.

«Next Post Groundbreaking Ideas Defining Technology in 2020
What is Digital Marketing? How does it Work? Previous Post»