An idea is an abstract concept. It becomes workable only when it is given the shape of a concrete reality. And one of the latest technologies which allow you to create something out of nothing goes by the name of 3D printing. It is an innovative invention which has seen only a few years of development, but its impacts across various fields have been immense. In order to realize its potential and to better appreciate its mechanics, you need to understand exactly how it works. In simple terms, 3D printing is defined as a process of creating physical objects, of any desirable shape and form, from three-dimensional digital models designed beforehand on a computer. The digital blueprint is fed into a machine which then molds/fuses the material, usually powder grains or liquid molecules of a polymer, in an ‘additive’ way. This method of manufacturing works by laying down one material layer on top of another in a succession until the object is created.

So, no matter if it is the oddest art sculpture your mind could conceive of or a workable model of the human heart itself, 3D printing brings an idea into a physical existence. What’s more, this revolutionary technology is breaking stereotypical bounds and helping people improve their lives significantly. Check out its game-changing benefits below.

Life is a series of unfortunate events. Some people are born with missing body parts, while others lose them in accidents. But leave it to human beings to come up with creative solutions for their impairment predicaments. Yes, I’m referring to the invention of prosthetics, artificially engineered body parts, which efficiently replace the natural ones that go missing. These devices empower the impaired individuals and allow them to go through their lives unhindered.

But such prosthetics are not something which a common man can afford. For instance, the regular price for those silicon ear prosthetics ranges around four to eight thousand US dollars, which is indeed jaw-dropping. However, the 3D printing technology smoothens this price bump as well. It enables researchers to create cheaper prosthetics from 3D digital models, which are quite affordable for everyone. Like a 3D printed artificial ear would cost around a $150 only!

It’s really difficult to figure out that one perfect outfit which complements your uniqueness completely, isn’t it? Early mornings find you digging around the clothes piles in your wardrobe, trying to match this with that, just to come up with the right apparel for the day, which highlights your body and accentuates your personality. Other than this, you tend to make frequent forays to the shopping malls and even order thousands of items online over your Charter internet connection. Still, something remains to fulfill your personalization drive. Well, crave no more. Let me introduce you to the 3D printing technology which takes clothes customization to the next level. Yes, it scans your body and then prints clothes, based on your tasteful choice, which fit you perfectly inch by inch.

The mediums of art as diverse as the veins in a human body. The cavemen used wet mud mixed with animal blood to preserve their nightly stories on their cave walls. The Renaissance artists dabbled in oil paints to create time-defying masterpieces. And the present generation prefers digital media to bring their drawings to life. But there is one more art medium which is being explored today i.e. a 3D printing one. Yes, specialized 3D printing pens, with material filament included, are being used by artists to create 3D art in the air itself.

You can start from a physical point, and then build up from there, following the ‘additive’ layering method. Other than this, you can create a still on your canvas with paints, and then give it a dimensional jump by highlighting certain parts of it with the 3D pen, which comes with multi-colored filaments. Surprisingly enough, this pen will cost you only a few hundred dollars despite the high-impact tech. Cool, right?

Replacement parts for expensive cars especially, like Mercedes Benz, are really hard to find. You’d have to travel to remote corners of the earth just to find that one nut, which would not be available in your local market. Other than this, the price of the spare parts is heaven-kissing. 3D printing solves this problem too. How? It allows you to design the model of the respective automobile part and then print it in 3D, which is far less expensive and an easier method too.

The whims of pregnant parents are unlike any you might have come across before. They go out of their way to make the miracle of birth as beautiful as possible. This also includes getting a real-life size model of their unborn child, rendered in 3D printing. Don’t believe me? Then do check out a Japanese startup, Fasotec, which caters precisely to this whim and makes millions of dollars out of it. The print is made in plastic, based on an ultrasound image of the fetus. The process is harmless, yet the 3D model brings joy to the expectant parents.

So, investing in a 3D printer will do you more good than harm, as the aforementioned benefits clearly show. It’s the way of the future, after all.

https://www.area19delegate.org/5-ways-3d-printing-improves-peoples-lives/Daisy SmithTechnologyclothing,technology,Technology Trends
An idea is an abstract concept. It becomes workable only when it is given the shape of a concrete reality. And one of the latest technologies which allow you to create something out of nothing goes by the name of 3D printing. It is an innovative invention which has...
Daisy SmithDaisy Smith[email protected]ContributorDaisy Smith is a tech-writer and tech-blogger whose work majorly focuses on the internet service providers, tech-news and social media. She works in close collaboration with the ISPs and tech companies and explain the pros and cons of their provided services like Xfinity bundle deals on platforms like Local Cable Deals and others. If you want to learn about an ISP, give her read a try.Area19Delegate
Tagged in clothing technology Technology Trends

View all posts by Daisy Smith →
Daisy Smith is a tech-writer and tech-blogger whose work majorly focuses on the internet service providers, tech-news and social media. She works in close collaboration with the ISPs and tech companies and explain the pros and cons of their provided services like Xfinity bundle deals on platforms like Local Cable Deals and others. If you want to learn about an ISP, give her read a try. 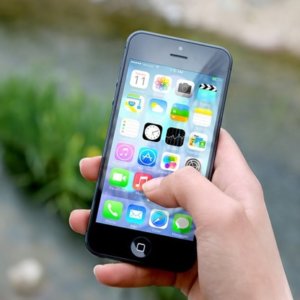 How You Can Secure Your Mobile App against Cyber Attacks 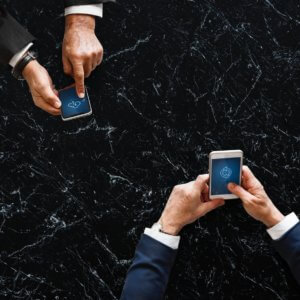 7 Surefire Tips to Safeguard your Data, Devices, and Networks 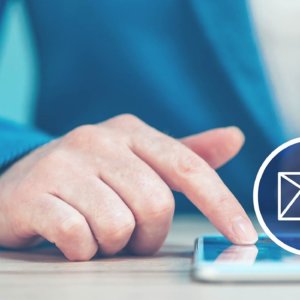 The success of SMS Marketing – Four Important Rules to Follow