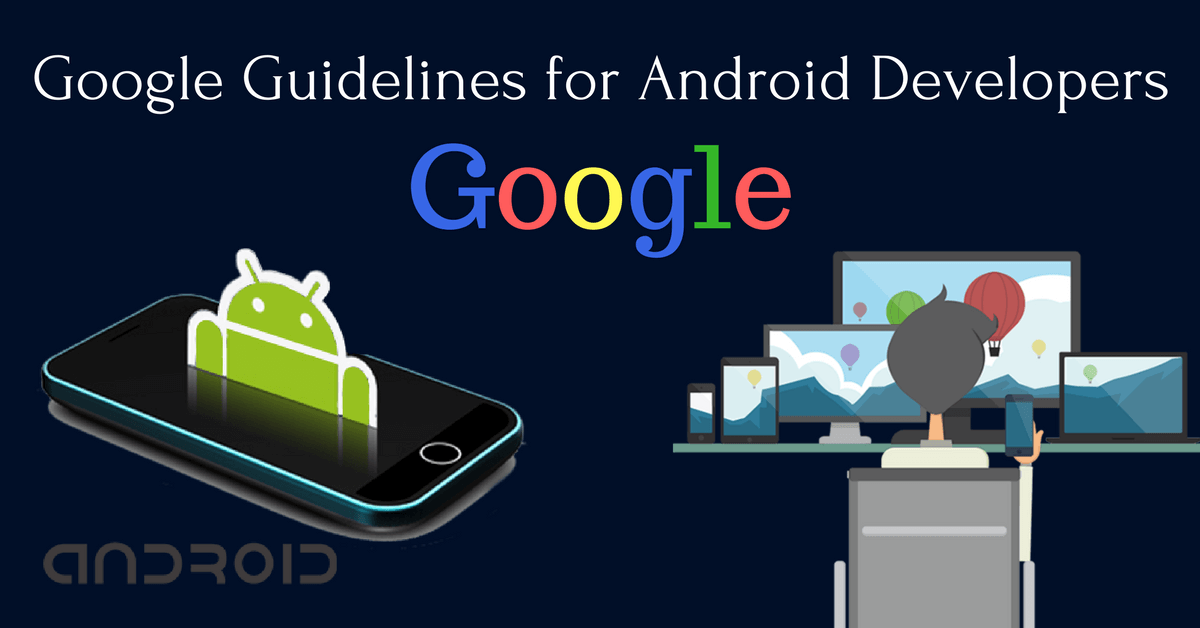 At the tail of 2017, Google has released timely heads-up for Android developers who are going to kick start new app development guidelines for Android projects and may release during the 2018-19 period. App security and privacy updated at API-level, it has made 64-bits support requirements in 2019, and by including security metadata on top of APK to strengthen authenticity verification process.

Edward Cunningham, Product Manager, Android on December 19, 2017, posted a blog post on the official blog for Android developers. The blog post aims to acknowledge the upcoming improvements in app security and performance at various level.

According to the post, Google Play store designed to have each user a positive experience of finding and installing the mobile applications they love, be it a game, utility app or business app. Google Play store wants to strengthen app security and augment the performance by announcing three major updates in the policies and guidelines of Play store for years 2018-19 and beyond.

The details of three heads-ups are as following:

Android app developers know the power of API behavior changes and its impacts on app security and app data privacy protection. Based on API behavior, the official Android platform has declared various API levels are corresponding to various parameters including privacy, security, and performance. The platform updates those levels and their supports with the pace of time and needs arise in the market.

In due course, the platform has introduced following changes from recently supported platform versions, such as:

It is noteworthy that the majority of these changes are applicable only in the apps, which clearly declare their support for new API behaviors and their corresponding levels. The declaration is possible through targetSdkVersion manifest attributes.

To understand it fully, let me say that apps with targetSdkVersion of 23, which is API level of Android 6.0 version or higher can provide complete commands over the private data the app can assess through runtime permissions, e.g., location data or contact data

The same changes go for performance improvements. We know apps sometimes accidentally started overusing the vital resources affecting the app performance, such as battery and memory. With background execution limits such performance deteriorating activities or behaviors can be controlled and improve the overall app performance that is now possible.

For the sake of backward Android version compatibility, Android platform behaves leeway and exempt the existing Android apps, which are not receiving these updates. Moreover, it offers freedom to use minSdkVersion of their choice to provide enough backward compatibility.

Besides these, Play store and entire Android platform aims to reduce ensues of fragmentation in the app ecosystem by restricting apps which are not targeting the current API level and badly influencing the security and performance aspects.

Therefore, the platform provides a long window and numerous notices in advance to plan the next Android app development projects. In due course, Android platform going to release Project Treble that lists the major changes to the low-level system architecture of current and projected upcoming versions of Android.

It may ease the job of device manufacturers and chip makers to solve their issues while updating the existing devices when a new update rolls out in the market. The following image depicts how the entire chain reacts when a new release unveiled in the market. In sum, the Project Treble speeds up the latest OS update release process, so it will ship with all new devices launched with Android Orio and beyond. The timetable for it is given below.

Based on the present trends, we can predict that in future nearly 100% devices will support 34-bits architecture. To combat the future needs, Android platform has taken a futuristic step in advance, and it is that it has made compulsory for existing and coming apps to ship the native libraries that support the 64-bit architecture for all versions along with 32-bit versions by 2019.

The shipment is possible either through a combine/single APK or multiple APKs. The platform has set a deadline for it as August 2019 to implement 64-bits support. It means the Android developers have enough time to make their existing and upcoming products compatible with 64-bit architecture. The platform also has released CPUs and architecture guide of NDK to obtain the detail guidance.

Just like tangible products come with label or badge in the market indicating that product is officially approved/recognized, Android platform is going to add some Metadata on the top of APK of each app. It provides authenticity to the app in the market.

In due course, the role of the developer is nil because platform automatically adds the data in APK and adjust its size and insert into APK Signing Block. It won’t affect any functionality of the app. The obvious benefit of the labeling system is its easy distribution.

These are some announcements made recently in 2017, but many more awaits in 2018-19 and ahead in future to make the system more developer and user-friendly. Would you like to improve your app quality and business performance, an Android application development team at SysBunny awaits you. Let shoot a query to those Android engineers and provide them the opportunity to serve you diligently.

Roma Kapadia is an SEO & Research Analyst at SysBunny, a mobile app development company based in USA. She has a very detailed knowledge about the mobile app industry. She has a knack to understand client needs and always keep exploring new things in the emerging IT field. You can follow her on Facebook and Twitter.