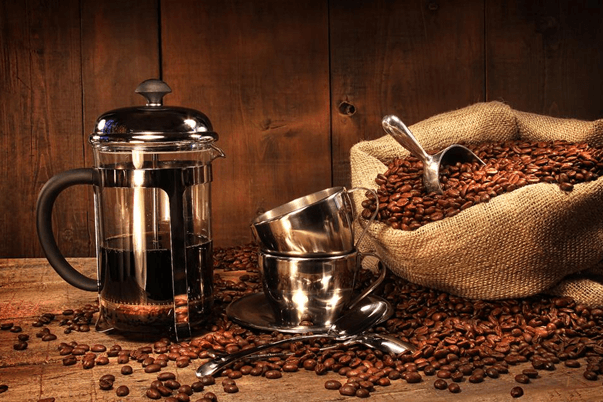 If you were a morning person, you would know how effective that one freshly brewed cup of coffee is every day. How it activates your metabolism and charges you up for a long hectic day of work. Regarded as the most popular drink in the United States, coffee is consumed 4 times a day by nearly half of the adults around the world. Myths say that it is risky for your health but scientifically there are a number of health benefits proven years ago. The points below lists them out:

The presence of CGA- Chlorogenic Acid along with other antioxidants in coffee beans help weight loss and increase energy levels. In addition, a stimulant called caffeine makes the coffee a neuroprotectant, which leads to enhanced firing of neurons in the brain making us active and smart.

By drinking, as many as 6 cups a day, the caffeine and CGA in your body can help keep the insulin levels balanced therefore reducing the risk of type 2 diabetes.

It may sound totally opposite of what you heard, but yes, coffee does prevent certain cardiovascular diseases such as heart failures and strokes. The caffeine helps maintain the heart rate thereby inhibiting any irregularities.

Lowers the risk of Parkinson’s

Surprisingly, coffee beans also help lessen the risk of developing Parkinson’s disease as much as by 25%. It stops the nerve cells that produce dopamine from dying, so your nerves keep working even at an older age.

Melanoma, a type of skin cancer is the most dangerous and life-threatening disease to occur among the people in US and Australia. Studies show that those who drank four or more cups each day had a 20% lower risk of developing melanoma than those who drank decaffeinated coffee or no coffee at all.

It was once believed that coffee did contribute to cancer but according to a recent study, it was found that it might help lower the risk for variety of cancers and not just skin. Coffee drinkers are 40 to 50% less likely to get affected by liver and other types of cancers such as prostate, oral, uterine, colon and rectal than those who do not take coffee at all.

Coffee beans also have significant effects on liver, including massive reductions in death risks from liver cirrhosis and hepatitis C. It also decreases the harmful effects the liver enzymes do on our health.

Limiting the progress of Dementia

In a study published in the Journal of Alzheimer’s Disease, older adults with mild cognitive impairments are more likely to have severe dementia including the Alzheimer’s disease. Researchers then tested the adults with caffeine in their blood levels to see decreased rates of dementia as compared to those with who had consumed no coffee. Therefore, people who take about three to four cups everyday have less chances of developing Alzheimer’s disease in their later lives.

When consuming a cup of coffee every morning, caffeine upsurges the performance of hormones present in the body thereby charging your physical performance and making you more active throughout the day. In addition, if you take coffee half hour before going to the gym, you are more likely to perform better because your mind and body are more activated.